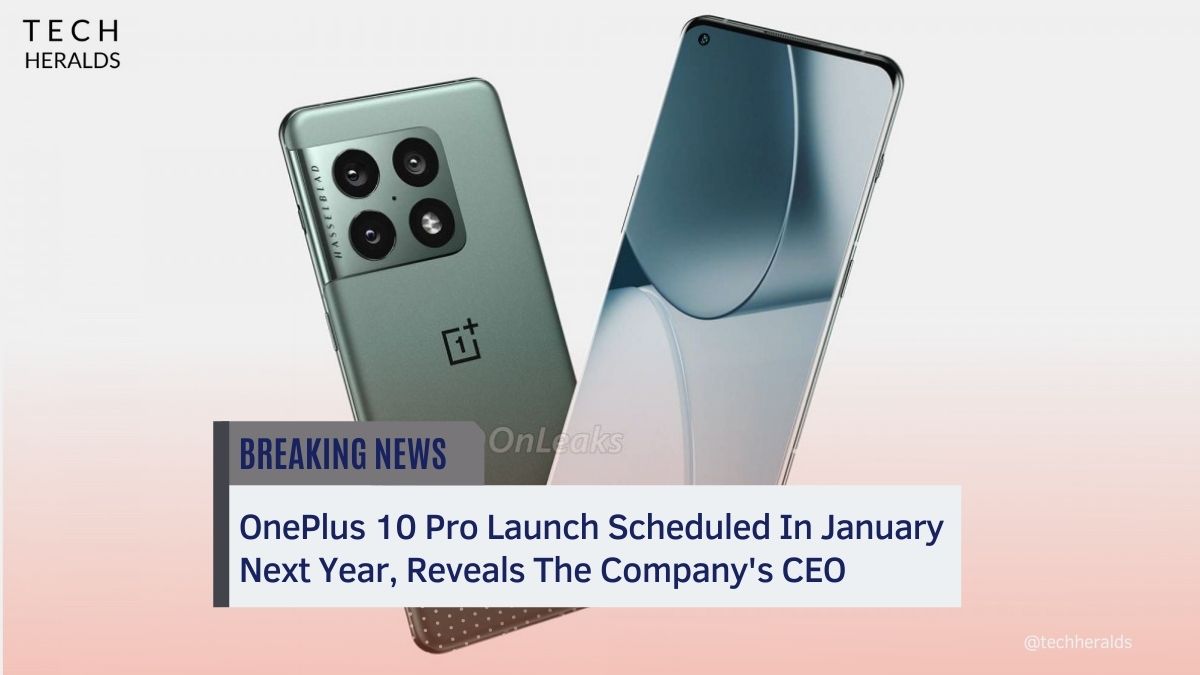 Pete Lau, the CEO and co-founder of OnePlus, has announced the upcoming smartphone on the Tencent-owned Chinese social media platform Weibo. His post on the social media platform had mentioned the forthcoming  OnePlus 10 and OnePlus 10 Pro launch date.  However, the exact time of the smartphone launch is still undercover.  It is expected that the Chinese company will present its flagship smartphones in a physical event hosted at CES 2022 in Las Vegas on 5 January. For the phone to be available globally, OnePlus fans could have to wait till the dawn of April month. There is a sparse of available information about the exact OnePlua 10 Pro launch date of the upcoming phone in the global markets.

The star attraction of the upcoming OnePlus 10 and OnePlus 10 Pro is that both the devices will run on Qualcomm’s flagship Snapdragon 8 Gen 1 processor. Although, these phones will not be the first ones to run on this flagship chip. Additionally, the upcoming devices will not include the company-made Oxygen OS. Instead, the company has integrated its operating system with Oppo’s ColorOs. OnePlus CEO Lau Pete explained their company’s decision that with this approach, we are developing a coalited operating system mixing the very best strings of ColorOS and OxygenOs.

Some of the leaks circulating on the internet prior the OnlePlus 10 Pro launch reveals the upcoming phone will boast a triple camera setup on the backside. The setup will include a 48MP primary camera, 50MP ultra-wide camera, and 8MP Telephoto lens with 3.3X zoom. The phone will have a punch hole arrangement for the selfie camera on the front side. The speculations reveal that the phone will come up with an advanced 32MP selfie camera.

Depending on the configuration, the OnePlus 10 Pro will be driven by a 12GB LPDDR5 RAM mated with either 128GB or 256GB of internal storage. According to prior rumors, the smartphone might be equipped with a 5,000 mAh battery and the capability for fast wired charging up to 80W and wireless charging up to 50W at the same time.

The Chinese company has not shared any details about OnePlus 10 Pro launch price. However, according to predictions, the smartphone would cost around CNY 5,500 (nearly Rs 65,000) based on its variants