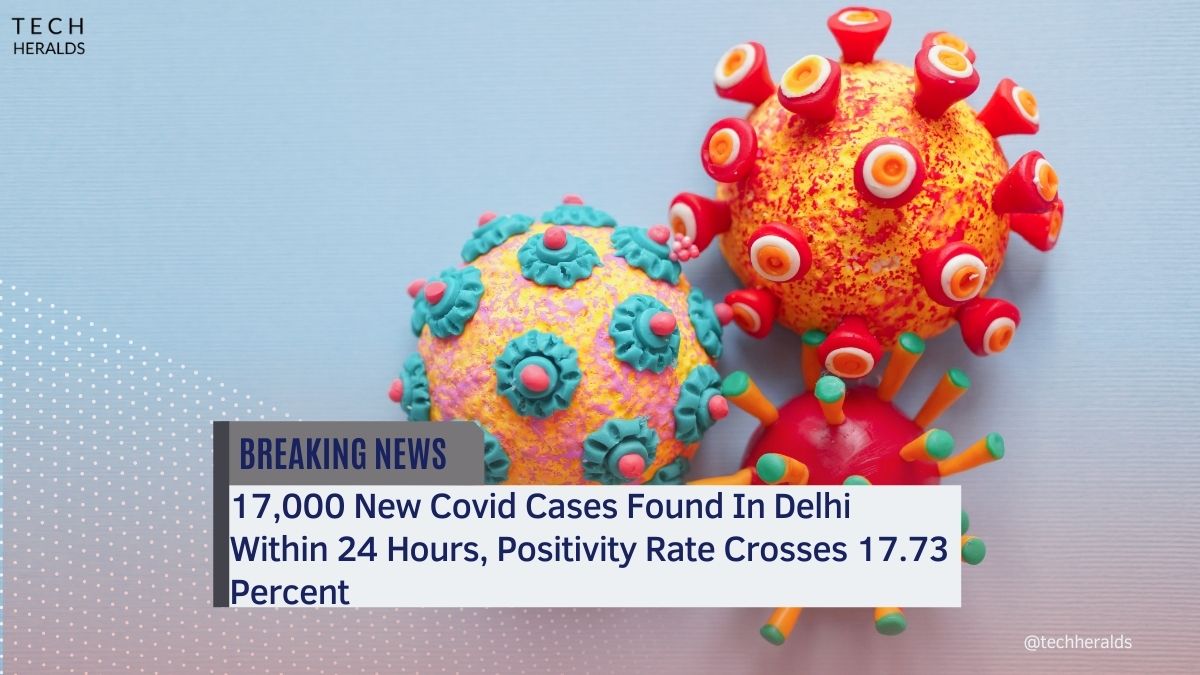 Today, after 17,335 new patients of Covid were confirmed in a time frame of 24 hours, Delhi’s daily Covid positive number has increased by 15%. During the same period, nine individuals died in the nation’s capital. It was the city’s worst single-day rise in almost last eight months on Wednesday, when 10,665 cases were recorded in only 24 hours, reaching the city’s highest total in nearly eight months. In response to the current surge of cases, Delhi’s positivity rate, calculated based on the number of persons who test positive for every 100 tests, has increased to 17.73 percent. The last 24 hours saw 97,762 tests being performed.

Recently, the capital city of India has seen an unprecedented flood of cases, with the Omicron variety being credited with fueling the upsurge in cases. According to specialists, the Omicron variant is very transmissible. Satyendar Jain, the Delhi Health Minister,  anticipated that the city would register more than 17,000 cases on today’s first day. According to Mr. Jain, the positivity rate in Delhi is expected to rise to 17 percent.

According to the minister, hospitalizations, although increasing, have not correlated with the increase in cases. “Call it moderate; only professionals can say for sure, but the hospitalizations have been rare,” he said. However, the number of patients admitted to Delhi’s hospitals has climbed from 247 on January 1 to 1,390 today, representing a staggering 462 percent increase in only one week.

As the Health Minister stated today, the data is favorable because, although there are 30,000 active occurrences, only 24 people are on ventilators. He also asserted that if Delhi citizens follow Covid guidelines and comply with the restrictions, there will be a substantial reduction in corona infections.

Coronavirus cases in Delhi surpassed 15,097 for the first time yesterday, the highest number recorded since May 8. During the same period, six deaths were reported to be associated.

The National Capital has been subjected to a number of Covid limitations as the growth in population continues. It has also been decided to impose a weekend curfew from 10 p.m. today to 5 a.m. Monday. During these hours, only necessary services will be permitted.

The coronavirus variant Omicron has already infected more than 3,000 people, breaking the previous record of 2,000. The variety of concern that was discovered for the first time in South Africa has now been found in 27 states throughout the nation. The state that has the largest number of Omicron instances is Maharashtra, with 876 cases, followed by Delhi, with 465 cases.

Kerala with 284 instances, followed by Rajasthan with 291 cases, and Karnataka with 333 patients. The three states with the highest cases are Karnataka, Rajasthan, and Kerala. One thousand one hundred ninety-nine persons have recovered or relocated from the total number of Omicron cases that have been documented so far.