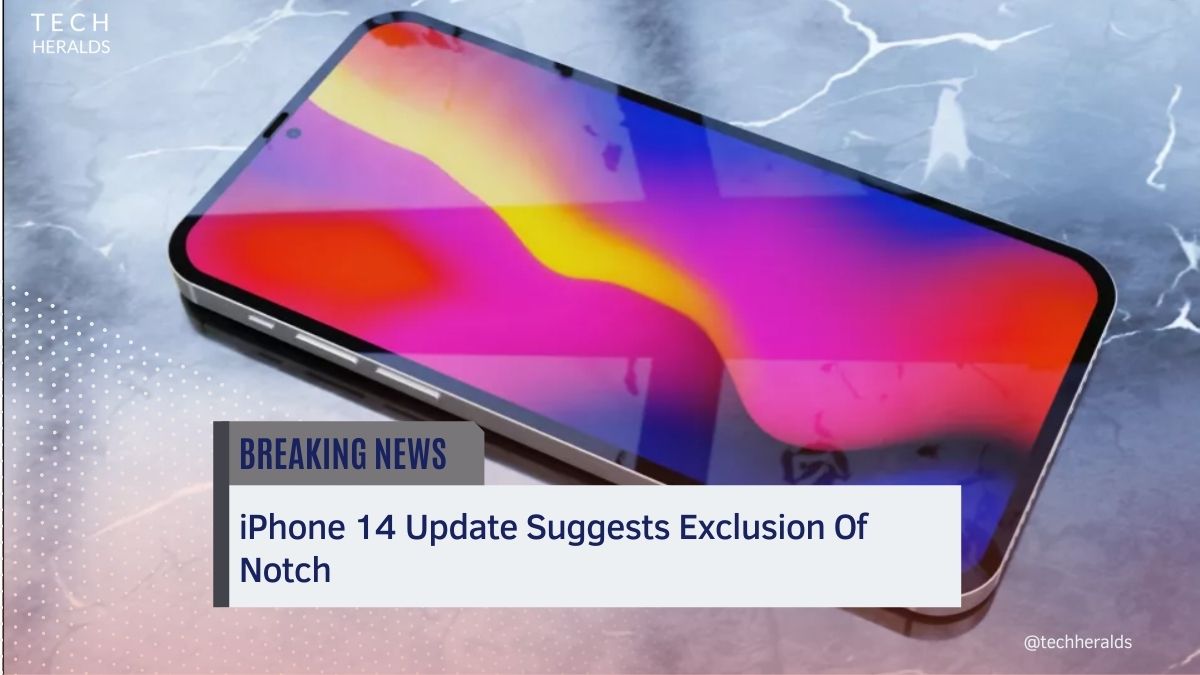 iPhone 14 update suggests that the upcoming phone in 2022 will not have a notch, which has been a part of Apple devices since the launch of the iPhone X in November 2017. Apple’s revolutionary notched display was the first of its kind tech offering from the mobile tech company and was later followed up by the rivals.

Over time, the rest of the mobile tech companies have moved to punch hole to under-display cameras. Still, Apple retained its faith in the notched display, which occupies a larger space on the screen compared to the latter two camera technologies. Nevertheless, Apple stretched the notched display consisting of a selfie camera and Face Id over the years. Apple has also redesigned the 2021 Apple MacBook Pro to deploy a notch on the screen.

Offering the MacBook Pro with a notched screen was a welcoming decision of the company, but the apple fans indeed wanted a revamp in the iPhone’s screen design the company has been glued to for more than four years now. It’s been a while since Apple launched its iPhone 13 series in India, but the iPhone 14 update has already started floating on the internet.

A pile of iPhone 14 update suggesting advancement in performance, storage, and camera are already available publicly with no guarantee how many of them would be true. Now, the latest addition to the iPhone 14 update suggests that the united states based tech company would finally dump its notch to offer a punch-hole camera. Furthermore, many iPhone 14 renders depicting a punch-hole camera are circulating on social media platforms.

MacRumors, a tweeter account that shares apple leaks, found on Korean technology site The Elec that the upcoming Pro variants of iPhone 14 will have a minimal punch-hole display instead of the company’s conventional notch display. iPhone pro variants available in 6.1-inch and 6.7-inch screen sizes will boast the punch-hole display of a front-facing camera. However, the tech site speculates in its iPhone 14 update that the Face Id tech will be resting under the screen and not be housed in the punch hole.

If the iPhone 14 update turns true, the punch hole screen will not come as a standard. With that said, Apple fans will need to purchase the top-end iPhone 14 variants if they want to experience the newly adopted punch-hole screen. Apple might take another few years to roll out the punch-hole display as standard, which is disappointing for the Apple fans eagerly waiting for Apple to offer advanced camera setups than the notched display.

Tech tipsters including Ming-Chi Kuo and Jon Prosser have shared confirmed iPhone 14 update suggesting that Apple 14 Pro will come with a punch-hole display. However, the authenticity of the tips is still somewhat faltering. Rumors keep coming, and a very few of them come true. Before the iPhone 13 launched in India, many tipsters speculated the punch-hole display would be a part of the phone, but their assumptions failed.

The punch hole display will not only improve the appearance of the iPhone 14 pro, but it will offer a larger room for screen utilization also. Larger screens are often useful for editing work on the phone on the go. Adopting the punch-hole display will attract more customers, of course, those who are willing to spend more than one lakh rupees on this phone.

What iPhone 14 Update Has To Reveal

The Pro models launching in 2022 would have punch-hole selfie cameras with a resolution of 48MP. It is said that LG Display LTPO 120Hz OLED screens will be included in the 6.06-inch iPhone 14 Pro and the 6.7-inch iPhone 14 Pro Max and that they would be the only two variants to feature the new punch-hole screen design.

According to the iPhone 14 update, Apple iPhone 14 non-Pro variants are said to include a 6.06-inch screen and a new 6.7-inch model, will retain a notch and will use screens provided by BOE. There are no plans for entry-level devices to use LTPO displays or refresh rates faster than 120 Hz.