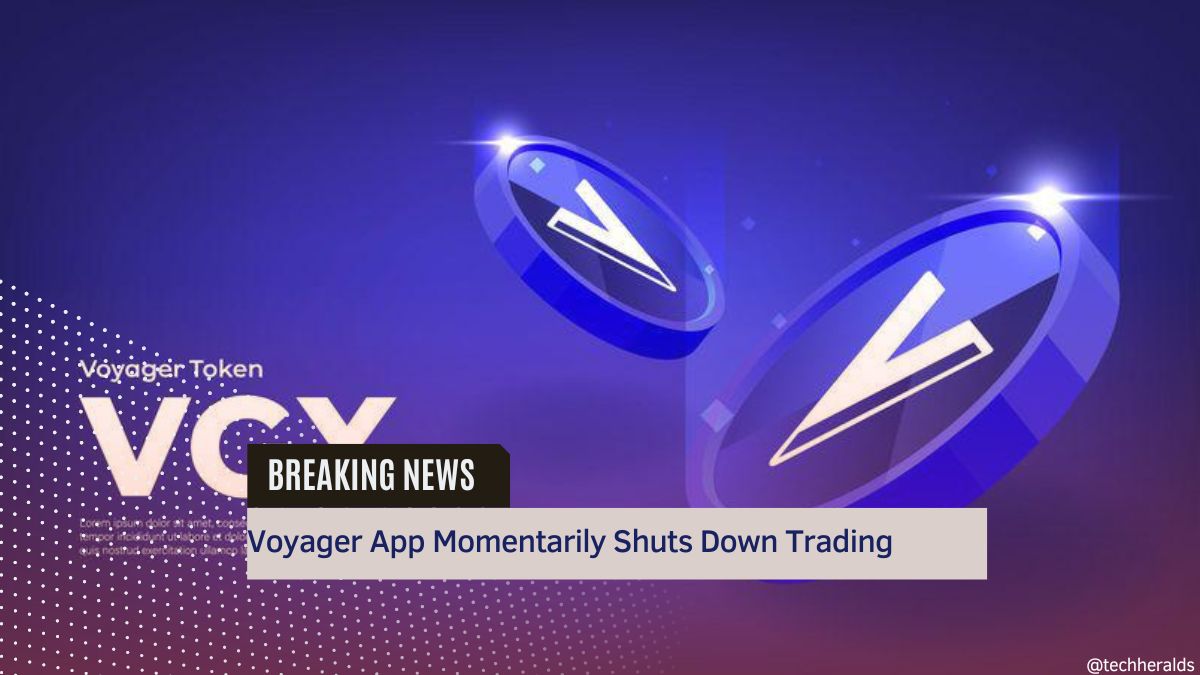 Voyager had suspended all of these activities, according to a statement on Friday afternoon. The company said it was difficult to choose in this respect because so many factors are at play. But considering the market state at the time, they believed it could be the right choice.
Voyager Lending has decided to provide additional information about its business strategy to give investors a clearer picture of what the company is doing.

Stephen Ehrlich, chief executive officer of Voyager Lending, said that this decision was necessary to keep investors and customers informed about the company’s progress. The news comes after a series of client margin calls over the past few months. As a result, Voyager app was forced to announce on social media yesterday.

The announcement came after a client attempted to repay debt worth hundreds of millions of dollars but could not do so due to market conditions. Voyager app is currently working on completing client orders and withdrawals, but we don’t know how long this will take.

The business estimates that as of June 24, there was around $137 million in US currency. Additionally, it acquired cryptocurrency assets. Also, Voyager said that there is access to a $200 million credit line that may be paid for using USDC stablecoins and cash. Additionally, it has access to a 15,000 bitcoin ($318 million) revolving credit line from Alameda Ventures.

Alameda pledged $500 million in funding to Voyager app the week prior. In addition, the business has already taken $75 million from the credit line. However, it would appear that it wasn’t enough to keep the firm viable.

The cryptocurrency market is currently undergoing a period of extreme volatility. The markets have been on a roller coaster ride for the past few weeks, with significant cryptocurrencies experiencing substantial price swings.
Just two days ago, the price of Bitcoin (BTC) was below $19,000 per coin. Ethereum (ETH) is also experiencing similar trends.

It appears that investors have been caught out by this sharp decline in value and are now seeking alternatives to avoid further losses. However, many traders still believe that these prices will increase again before long and that there is still plenty of time left to make profits from investing in cryptocurrencies.

Celsius has been monitoring its decision closely throughout this market turmoil; it was launched in January 2019 as an expert cryptocurrency staking and lending platform which allows users to earn interest on their holdings through staking or lending their coins using smart contracts.

On June 13, because of volatile market circumstances, it halted all withdrawals, swaps, and transfers between accounts. This was done to protect users’ funds from being stolen by hackers and to allow time for an investigation into these events.

Kyle Samani of Multicoin Capital believes that appropriate laws and openness are necessary. He stated that more time needs to be spent investigating potential strategic options before making any public decisions. Stephen Ehrlich of Voyager app believes that further investigation is needed before any decisions can be made publically.